Next week at York!

‏@globeandmail: Editorial: Much of Ottawa’s cyberbullying bill had nothing to do with the subject. Stop the legislative acrobatics http://tgam.ca/Dwpk

[i went to read.  Interesting! And here’s a paragraph near the end that was really helpful to me:

There is more going on. Another time I commented on how a conference involved only white male speakers. I should add that this conference took place at Goldsmiths and these kinds of “only white male” or “only but one” events happen regularly here, I suspect because of the kinds of bodies that tend to be organised under the rubric of “critical theory.” Someone replies that they thought I sounded “very 1980s,” and that they thought we had “got over” identity politics. Not only might we want to challenge the use of identity politics here as a form of political caricature, but we might want to think of this “over.” What does it mean to assume we have “got over” something? This claim participates in a genre of argumentation I call “overing.” In assuming we are over certain kinds of critique, they create the impression we are over what is being critiqued. Feminist and anti-racist critique are heard as old-fashioned, as based on identity categories that we are assumed to be over. 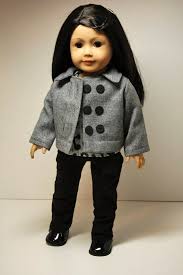 Melissa Castan ‏@OsgoodeIFLS we could encourage them…

@MsCastan let’s talk methods! not much of any kind of diversity in the list of Eminents, really. I would like to look at area of law too.

[so, Melissa Castan made an effort to call out Cambridge Law for their approach to eminence]

[and i felt better, truly]

@MsCastan @fdelond i feel better about the whole thing now that there are allies out there and we can poke fun. Next: actual change!